Incoming BYTES contains highly variable subject matter including commentary on the mundane, the extraordinary and even controversial issues. At Incoming BYTES we want YOU to think...if you dare...

Merry Christmas to EVERYONE! 2019 Version 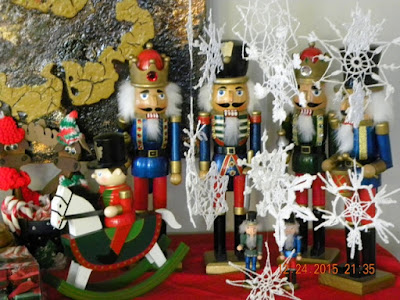 This  is the Nutcracker Team revived from 2015.  The boys are looking good!


Imagine this...  It is Christmas once again...and  I found  an untitled post on this blog. Unbelievable.   The sabbatical to the dot.com site has been an extended leave apparently.

That's what the page  was called. 'Untitled post" and not posted. Good thing.

No pic. No title, no Christmas cheer on  an empty page.
This must be where the Santa and the ELVES  come charging in and rescue  the day.

Why?   My dot.com site (www.incomingbytes.com ) is suddenly NOT  working for some reason. A critical error  is the message displayed.  A Wordpress error? I have no idea.


So.... I have  to find out what the problem is, remedy it, and carry on.  When the going gets tough, the tough get going. That's a given.  Christmas or not.

Normally there's no  Santa to rescue us.  But at Christmas we can count on jolly good old St. Nick, Rudolph and all of the reindeer, and employ a whole whack of  elves that are NOT sitting on shelves this time of year.  They are busy!

While we determine the source of all technical difficulties over on  'dot com' we will fall back  and file our BEST Christmas wishes  right here -- to everyone. To ALL of our family, associates, fellow writers, and friends, American buddies S. of the border-- and globally.
so....

MERRY CHRISTMAS to EVERYONE!
May YOU and YOURS have a SAFE  and HAPPY  Christmas...

Is that Incoming I hear? 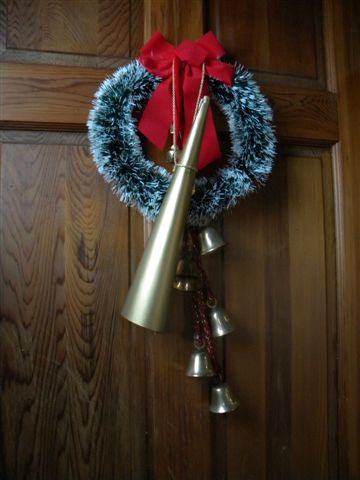 When I was a  boy, Christmas came once a year. For a week.   As children, we waited, with abated breath, it seemed,  forever. With much anticipation and excitement building,  we waited for the winter holidays, the traditional Christmas concert, then the holidays, a few days free of school, time to build snowmen, play in mountains of snow, and go ice-skating. On real ice. Outside,  on the driveway turned into a rink, on a real community rink down the road, or  right down the bumpy ice on the Oliver Creek if it was frozen enough.
We thawed out and waited.  We waited for Christmas Eve,  and  green and red-wrapped chocolates, sweet oranges from Japan, sparkling glass decorations and tinsel placed with care  on an always-real Christmas tree. In vivid imaginations, visions of  Christmas were brightly wrapped  secrets,   presents galore. Christmas cake. Sugar cookies. Twisted, rock-hard candy that looked like it was snipped with scissors, and candy canes striped like the North Pole where Santa lives.
We wondered how Santa drove the reindeer from the North Pole too,  as we eagerly listened  to George the Porter , Santa's helper broadcasting on the  radio in *Fort William  to see if Santa was making good time on Christmas Eve. We wondered how Santa could land on slippery, snow-covered steep roofs in the moonlight. How he ever squeezed down skinny chimneys safely.  Into burning fireplaces.  Without getting his white beard and eyebrows singed.
We wished for new, shiny hockey  skates, hockey-sticks, and real shin-pads. Skis. New mitts. Stuff from the Eaton's and Simpson Sears catalogues.  Folding jackknives with pearl handles. New boots.  New bicycles. Lone Ranger and Roy Rogers belts, realistically-holstered noisy cap guns. Cowboy outfits for the boys. Sleighs, white figure-skates, dolls, ribbons and bows, new clothes, tiny furniture and dollhouses for the girls.  Everything was to arrive overnight by special delivery from Santa.   Imagine that, but only for a week.

And somehow, we knew what Christmas was really about. The birth of Christ.

Zoom ahead decades. Too many decades. Now Christmas retailing begins on television right after Hallowe'en. And after Thanksgiving. And after Black Friday retailing madness. 50-70% off everything that was 70% overpriced all year. Profit. Business. Receiving instead of giving. Overspending. Paying the bills after the spending binge. The eternal headache of crowds of people in malls frantically searching endlessly for the perfect gift.
Is that what  Christmas was  intended to be?   Is it politically-incorrect to remind others of faith and belief in Christ?  The real reason for the season?   The passing of traditions is painful, but declining  faith, denial of faith,  the reason for the season  --is unbelievably sad.  Ouch.
But have no fear, we can still have OUR faith and traditions of Christmas, and enjoy them too. Not because of, but in spite of —modern trends and unwanted social manipulation.


I know it's hard to remember why we have Christmas, it's not very trendy, but forget 'spending' and shopping for a moment. Ignore advertising and commercial profit. Reawaken the imagination. Return to the dreams we once had. Is it a bad idea to push aside 'retailing' hype for a few days and dream?  No.   Is it old-fashioned and selfish to wish a week of Christmas inherited from older, better times instead of four months of mind-numbing commercials?  Wishful thinking?  No. It is human nature to expect better.
Admittedly, we did not always receive the gifts imagined, the fancy toys coveted. Fact is, in reality, occasionally, in some  tough economic times, we had few gifts at all. But no matter; we still dreamed. The excitement of the season was alive and genuine with home-made gifts, paper decorations, the love of family, friends, and neighbours and snowball fights and snow forts and igloos.  The smell of fresh bread, pies, cookies and turkey baking early in the morning.
The anticipation and surprises we did find under  quaint Charlie Brown  Christmas trees (taller, we remember)  made up for anything and everything. It was Christmas, after all, and we had music, excitement, love, visitors— and each other. Warm, crackling fires in the fireplace. Visions and imaginations unfulfilled were reserved for next year—and the ones after that. Immense and almost inexplicable satisfactory visions— for decades after that.
Peace of mind and faith for the future—are the solution. Don't forget some eggnog.
Merry Christmas everyone...big or small, Merry Christmas to ALL.

Is that Incoming I hear?

The Fires of Waterland 3rd Edition! 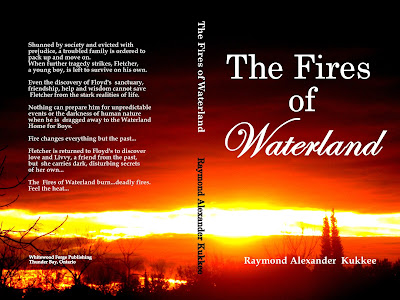 Cover artwork for the 3rd Edition of The Fires of Waterland


The 3rd Edition of The Fires of Waterland

Guess what?
The 3rd Edition of The Fires of Waterland is now available  after much thought, publishing choices,  re- editing details, new cover design,  obtaining ISBN's and actual publishing by Whitewood Forge Publishing,  Thunder Bay, Ontario.

How helpful that is when making crucial  publishing decisions?  Very.
Must we also take responsibility for those decisions, mistakes, successes or failures?  Absolutely.
We look forward to the challenge.  "A Whitewood Forge Book" is being considered for our tag line.

The  eBook format (Kindle) of The Fires of Waterland is available immediately online at:
https://www.amazon.com/Fires-Waterland-Raymond-Alexander-Kukkee-     --and  the PRINT 3rd Edition will be available in print very shortly.

Thank you, my loyal readers, for your incredible patience. As most of you know, I can usually be found over on the "dot.com" site  (www.incomingbytes.com).  Clearly, content and venues are more critical  decisions which must be revisited and made in the exciting, scribbling  world of writing, authorship, and blogging.

Time will certainly tell where we're all headed...  Until next time, HAPPY NEW YEAR --have a safe, prosperous and healthy 2017 and hopefully the 'sabbatical' won't be as long next time...


Is that Incoming I hear?

The Fires of Waterland 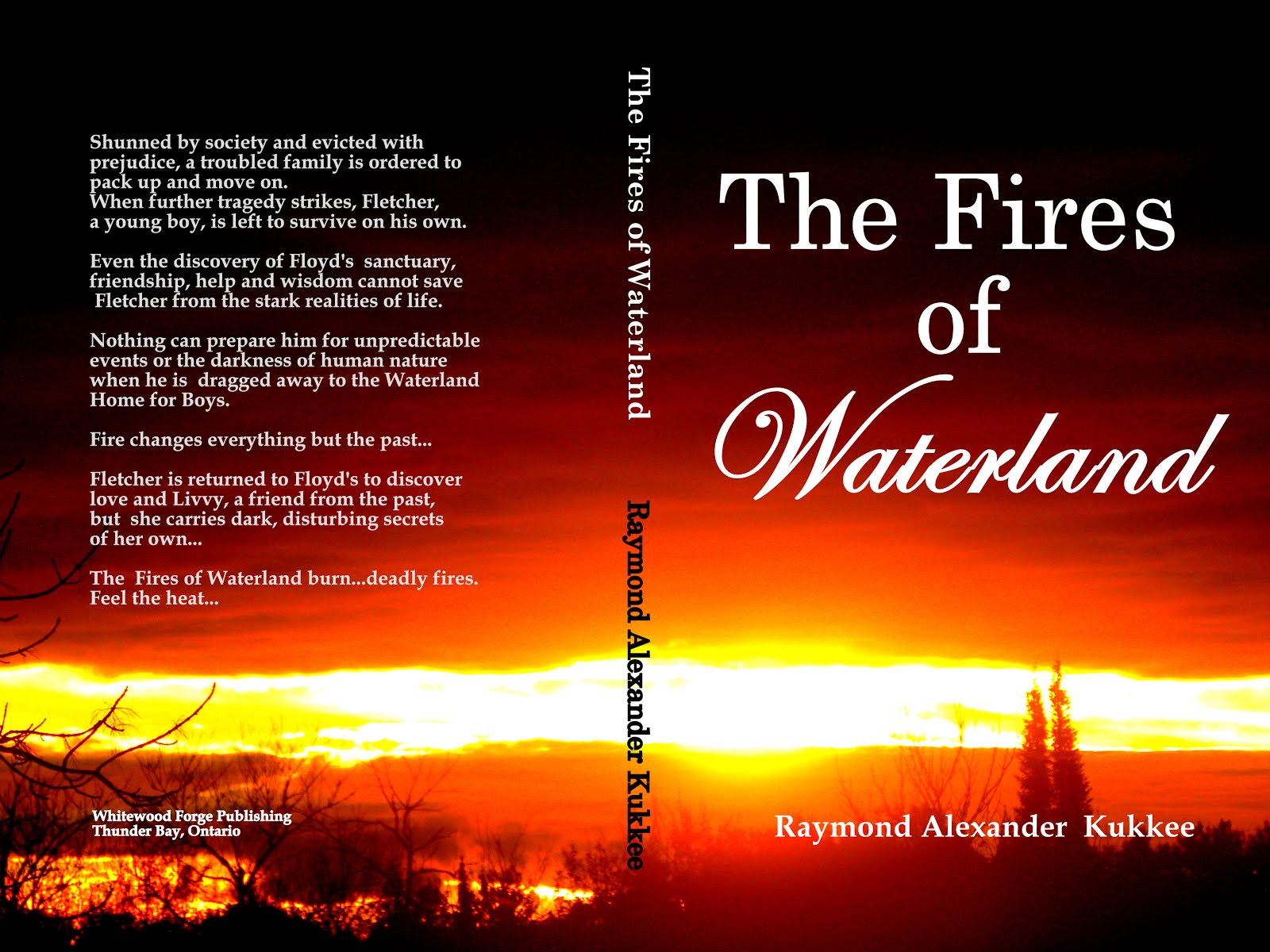 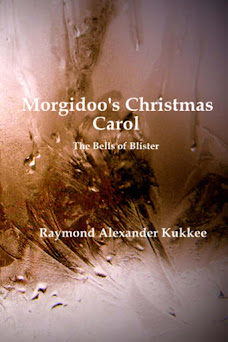 A unique, timeless Christmas Classic for ALL ages Available in Print and eBook

The tenuous existence we survive in provides us with eternal and difficult challenges.
Incoming Bytes recognizes that change is inevitable. It is my hope Incoming Bytes also stimulates frank discussion, encourages protracted thought and results in modern, progressive solutions.
Please participate--and enjoy!

Raymond Alexander Kukkee
Thunder Bay, Ontario, Canada
I am a freelance writing professional and published author. I write in Northwestern Ontario on the north shore of Lake Superior. I write fiction, short stories, children's books, poetry, technical, how-to articles, and other articles of interest. I want to challenge people to think for themselves -and be proactive in their own lives. I also blog at www.incomingbytes.com 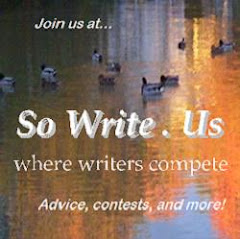 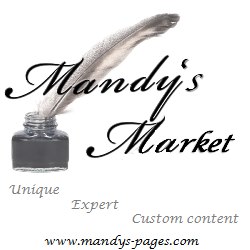 we are in
CanadianPlanet
canada